Travelday - Where we walk inside a Glacier

Our third full day in Zurich saw us rise early once again and head downstairs to wait to be collected by the tour company. This time we were heading from Zurich to Mt Titlis via Lucerne. 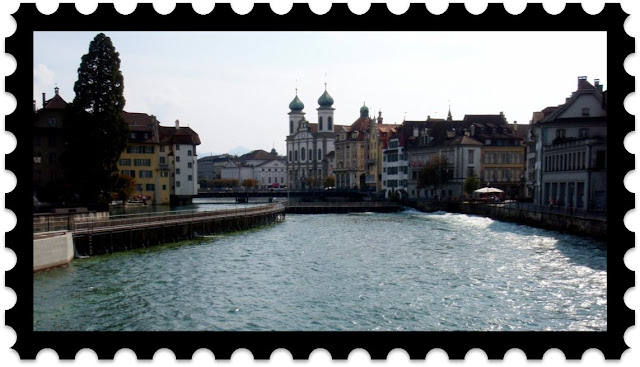 Despite how well our day turned out the day before, I will admit that I was a little nervous when waiting for the bus to pick us up. You see our tour was with the same company and I knew from my pre-holiday researching that it would be much more difficult to get ourselves back to Zurich if we were left behind at Mt Titlis. Getting back from Lucerne was not so much of a concern but if we were left behind there then we would have missed out on the mountain which was the whole reason for the trip. 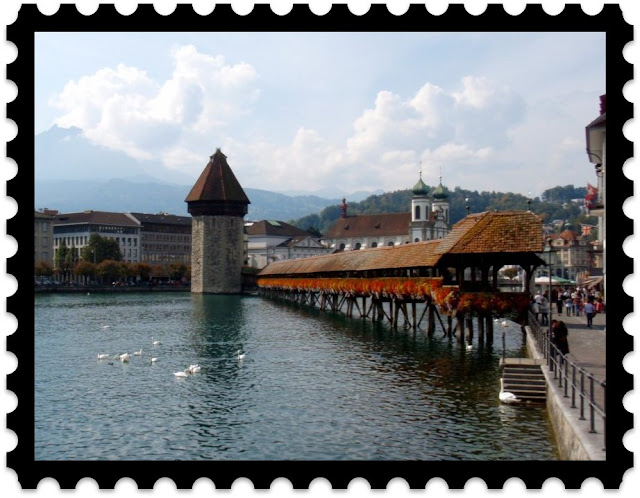 We were collected on time by a really nice fellow who turned out to be our driver for the day (the one the day before was just taking us to the central meeting point). At some stage we noticed that we were heading in a different direction than expected but then realised that this time around we weren't the only pick up being made. At the next hotel we collected eight more fellow travellers, all of whom were very nice a chatty but none of whom would be joining us on the trip up the mountain. The lovely bus driver with his broken English then started to get a little worried, counted people, marked off their room numbers on his list and then marched off into the hotel ... long story short (because this is likely to get long anyway) we waited for OVER HALF AN HOUR for a group of six early-twenty somethings to finally stroll down and load themselves into the bus WITH A BOX OF PIZZA in hand. Now, I don't want to dwell on these inconsiderate beings for too long but 1 - they must have still been in bed when we got there, 2 - the bus driver had to ask them about three times to not eat on the bus before finally walking back and yelling at them that his bus was not a restaurant, 3 - despite repeated reminders later from our tour guide that we weren't to eat on the bus the bus driver still had to clean the back of the bus when we stopped at Lucerne, 4 - we had to wait for them again in Lucerne, 5 - we were reminded again not to eat on the bus and yet the bus driver then had to spend the whole time we were up the mountain cleaning the back of the bus out again and 6 - we had to wait for them before we left the mountain as well! We were astounded that people could have so little regard for others. Okay, now that I've got that off my chest, let's get on with the nice side of the day ... 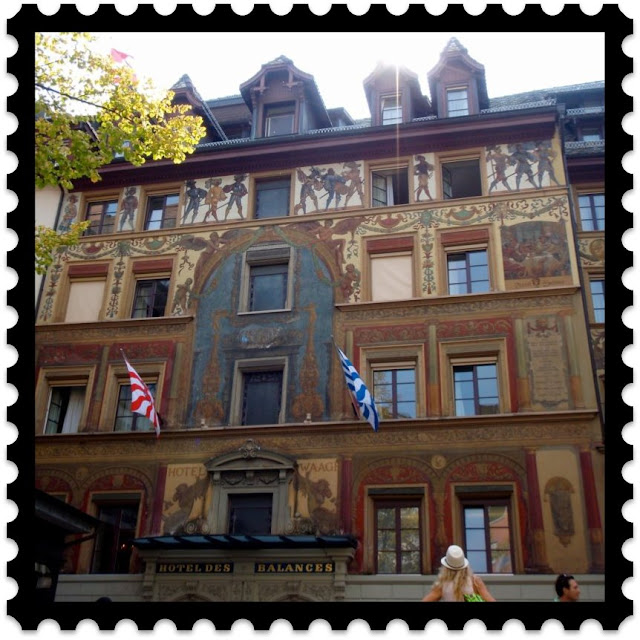 Despite the wait we still got to the meeting point in good time. Because the bus we were in was the one we were staying on I stayed with our bags while The Sparky went to present our voucher and get our stickers and other bits and pieces. I was watching him out the window and the lady he was talking too started waiving her hands up and down and getting reasonably intense ... she didn't look angry but I did get a little concerned given the attitude I'd received over the phone the day before. Turns out my concerns were completely unfounded - she was apologising profusely! It seems that what the tour guide from the day before didn't know is that the buses have an electronic tracker so that the company can keep an eye on what's happening and when they checked our tour they found that the bus had left five minutes early, despite having a policy requiring them to wait at least fifteen minutes after the due departure time. So we got an apology and a refund on the cost of our train tickets! The scathing review I had drafted in my mind got thrown in the trash. 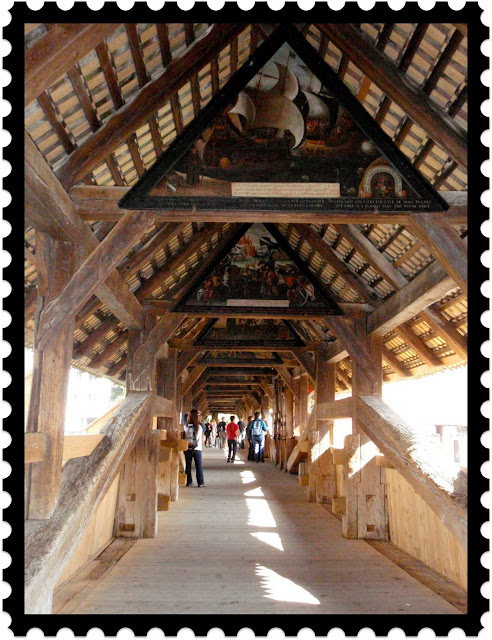 The bus ride from Zurich to Lucerne was windy, long and beautiful, as was Lucerne itself - beautiful that is, not windy and long. Because I've done a lot of talking to this point I think I'll let the photos take over for a while - 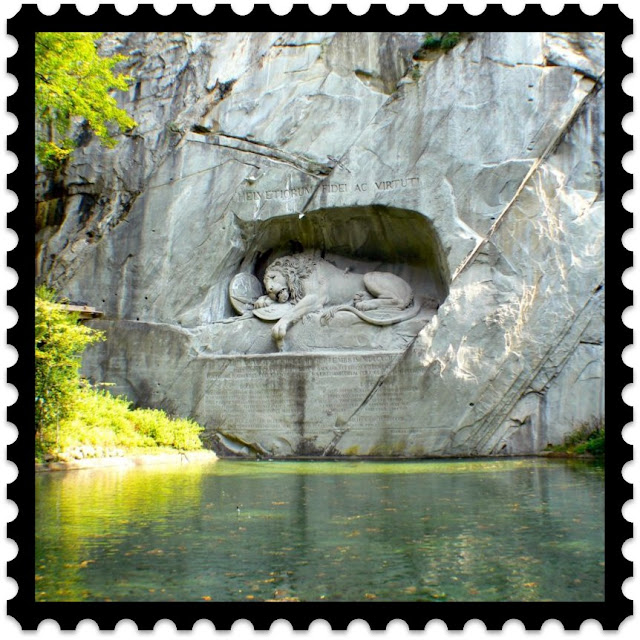 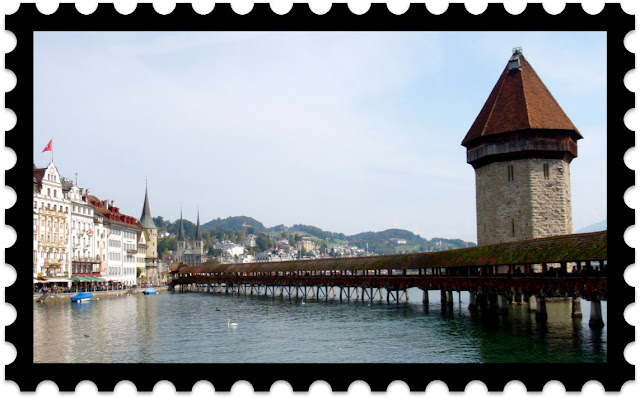 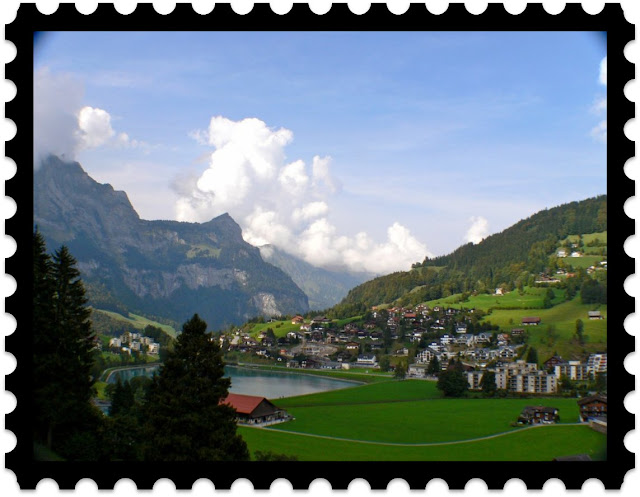 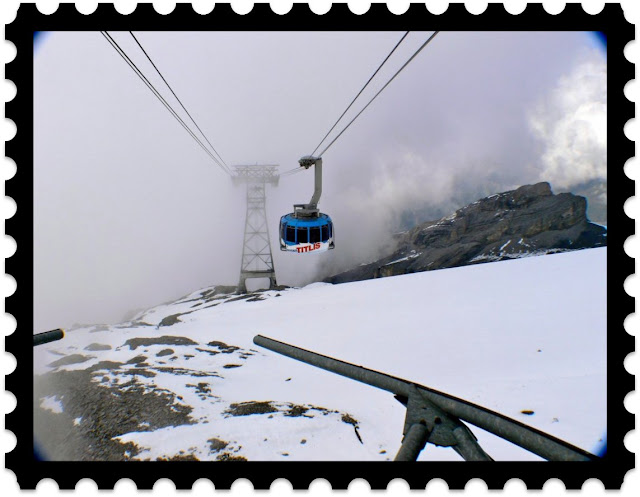 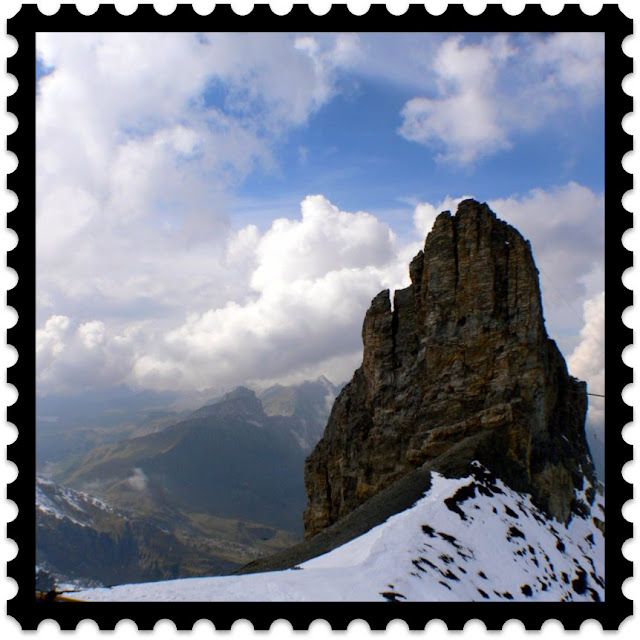 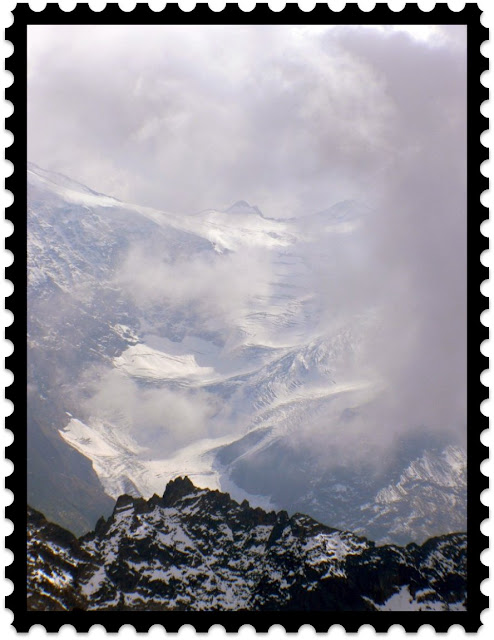 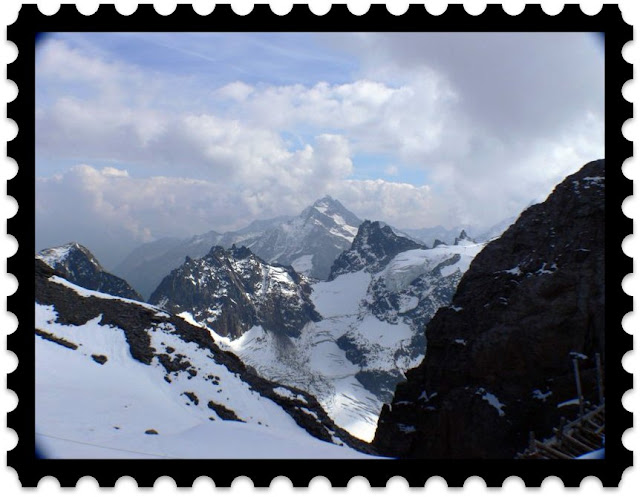 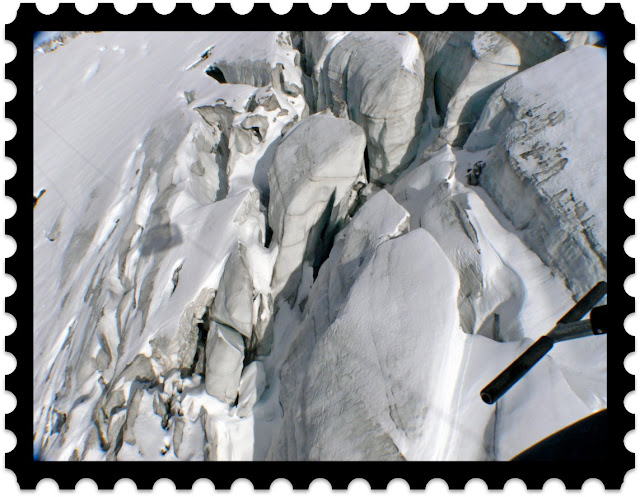 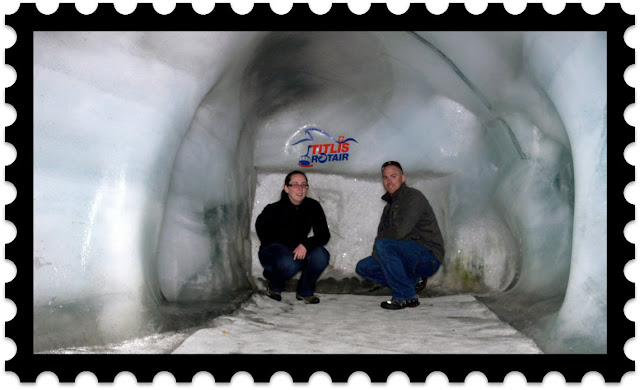 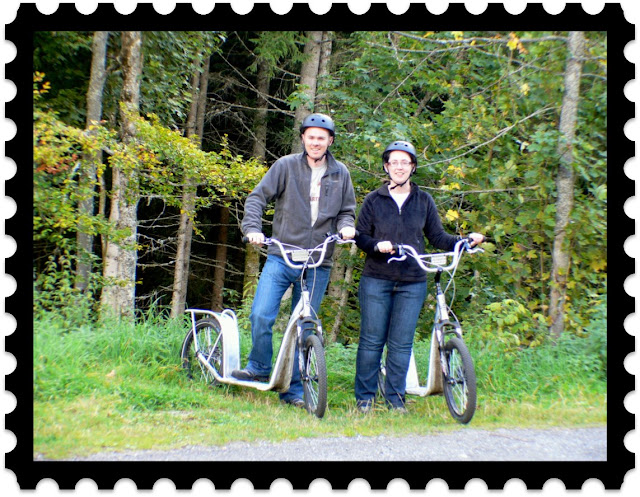 If you ever get a chance to give these bike-things a go, do it.
Even my uncoordinated, chicken of a self managed to come away unharmed and had a lot of fun too. 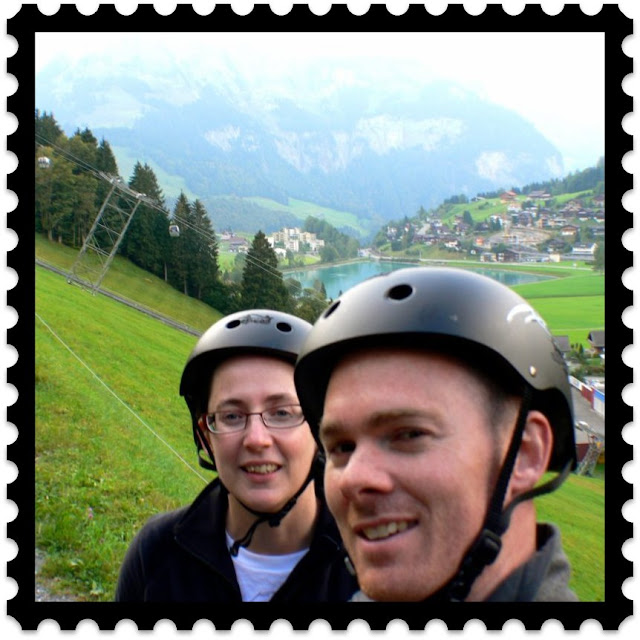 Please excuse the mugs in the foreground - concentrate instead on the view.
The gondola behind us is the first one you get on going up and the one that we didn't take down. 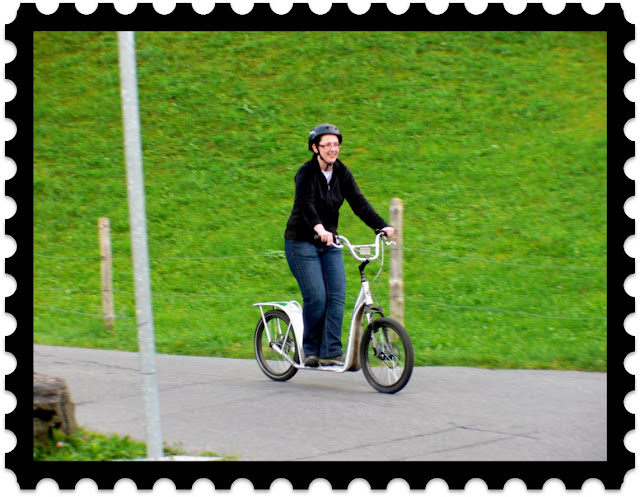 Yes, that's speed blur you see there. No, my right hand is not riding the break! 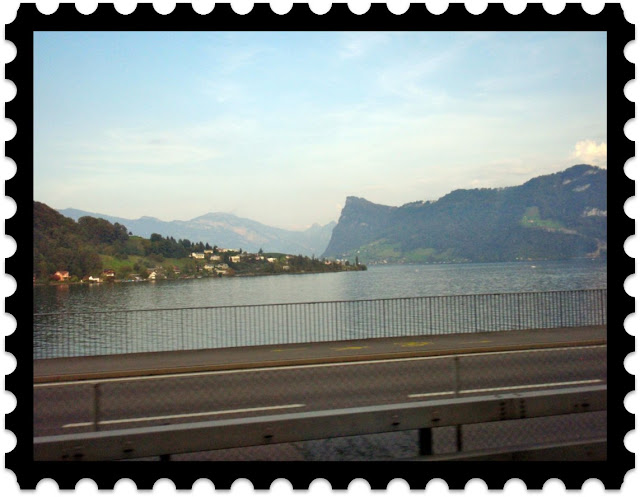 "Vierwaldstättersee" - Lake Lucerne as seen from the bus on our way home.
Posted by Keren at 2:07 PM

Email ThisBlogThis!Share to TwitterShare to FacebookShare to Pinterest
Labels: Switaly11

Keren
It's probably safe to say that this is no longer just a photo journal of our holiday. Not quite sure how to describe what it is now, just a place where I voice my thoughts and share some photos, most of which are taken on my phone because I feel a goose lugging a big camera around with me ...